I love Emma Thompson. I have loved her since the early 1990s, when Dead Again, Howard’s End, and Much Ado About Nothing were available on VHS so that I could rent them from Blockbuster and watch while nursing my babies and folding their freshly washed cloth diapers. Emma can play a solitary spinster like no other- even in her characters’ own marriages she radiates loneliness. Witness her restrained break to the strains of Joni Mitchell in Love, Actually. She breaks my heart every time.

I am less familiar with Mindy Kaling’s work, mostly because she’s of my millennial children’s generation. Mindy has built her resume’ in the way that new Hollywood works: write your own damn projects then produce them yourself. Don’t wait for some guy wearing a suit in his posh corner office to give you permission.

Which is exactly who Emma is in this film. The dude in the corner office, wearing a power suit. And I adored her. The film, too.

My eldest child, a daughter, recently visited from Los Angeles, and since Booksmart was not playing anywhere in Houston (Texans, we have got to get our acts together. We can have twenty screens of John Wick, but can’t spare one  little screen in the corner for an intelligent female-centric movie? Come on, y’all) we went to see Late Night instead. My daughter happens to be a female-writer-actor-producer-intern-production-assistant in LA right now, so she had a pretty specific mindset going in, that of the young-woman-trying-to-make-it-but-encountering-obstacles-while-she-climbs attitude. Plus, she loves Mindy K., whose career trajectory is one of her models.

In Late Night, written by Mindy K., an egomaniacal talk show host must fight to save her position as the star of an eponymous TV program. In Kaling’s script, the twist is that the host is a woman, and in 2019, this is still nearly as far-fetched as the premise of a teen web-slinger gallivanting around Paris. Irrelevant, though. Glass ceilings gotta break somewhere. Maybe if we do it in fiction first, those who wring their hands in misogynistic woe can get over it. Chelsea Handler (E!) and Samantha Bee (Comedy Central) are leading the vanguard on this, btw. They’re doing the work, they just aren’t household names yet.

Kaling’s script is dialogue-sharp, giving evidence of the comedic chops she honed while writing for The Office and The Mindy Project. Emma Thompson has the gloriously fun job of playing ballsy-just-this-side-of-pure-bitch. Her Katherine Newberry is too smart for the room, and has lost all patience with the men around her, with the sweet exception of her husband, played by John Lithgow. What I loved about Katherine was her complexity.

May I take a little side path for a moment? I happen to teach a film class at the local college, because I love movies and I love to dissect them. I don’t write reviews for the usual reasons, though. I review when I see a film that does modern women well; and I try to equip my students to answer this question from our very first class session is this:

What are we talking about when we talk about a movie being “good?” Or “bad?” We spend the semester asking the question: What were the writers and director and creatives trying to do here? Did they do it well? Measured in that way, we are free from our own personal tastes and able to assess a film based on what its makers meant to do. Of course, sometimes they do it poorly, and sometimes beautifully.

What was the team trying to do in Late Night?

I think screenwriter Mindy K., director Nisha Ganatra, and the entire ensemble were telling us a story of professional women excelling while lifting each other up. They did it well.

These women are real. Emma’s Katherine is prickly, she’s so sure of herself that perhaps only a woman of a certain age can sense the deep well of insecurity underlying every sharp retort, every expression, every fabulous outfit, of which there were many. I felt my own professional bruises every time she went to battle, especially when she faced off with the female studio head. The worst boss I ever, ever had was a woman.  Only an actress of Emma’s caliber could pull it off sympathetically.

Mindy K.’s Molly is brimming with the plucky optimism and opportunism of the go-getters of her generation. These young women have watched their moms and mentors kick stilettos at the glass ceiling. They see the cracks, and they are poised to tap gently or produce a battering ram, whatever it takes, to move upward.

Amy Ryan is fantastic as studio head Caroline Morton. If I had one complaint, it was that we didn’t see her enough. The romantic relationships are beautifully realized; John Lithgow is the conduit for us to see the tender side of Katherine and a long-lived marriage, while Molly’s awkward impromptu visit to her guy’s apartment has all the nonchalant embarrassment that I hear is exactly how dating goes in the millennial world these days. 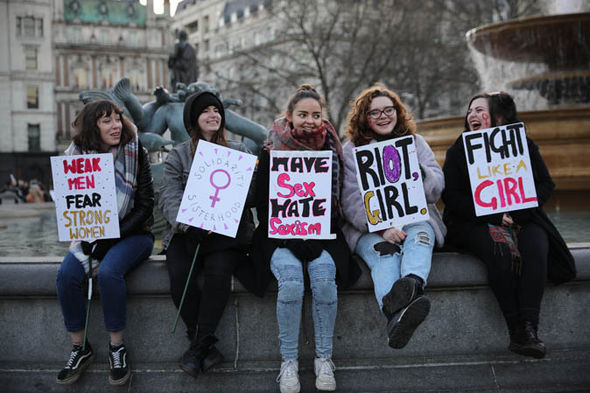 There is just enough ease in the film’s characters to make it fun to watch, with just enough tussle to make it worth an emotional investment. It was a perfect way to spend an afternoon with my daughter, it gave us lots of discussion fodder for what a joy  womanhood is these days, when the world is opening up to us. Sure, we owe a debt to Alice Paul and Gloria Steinem and so many others. But we also have to give mad props to the new feminists of the millennial generation, women who may not call themselves “feminist”  but who passionately believe in the freedom to choose one’s own path and earn equal pay. Those women are writing it and living it and laughing it and walking it, too.

If you’d like to hear several viewpoints on the movie, some really liking it, some not so much, “Pop Culture Happy Hour” just covered it on their podcast. Have a listen!

2 thoughts on “Is “Late Night” Worth Staying Up For?”