I just had the most lovely afternoon.

It began with a sunny drive during which I listened to a podcast I love, Astonishing Legends. Scott and Forrest were doing a deep dive into the exorcism case of Anneliese Michel, a gripping story that kept me alert as I drove to one of my favorite restaurants, where I ordered a really yummy Pinot Grigio and Margherita pizza.

Next, I strolled to the spa, where the chipper and absolutely beautiful, trendy young women who checked me in loved my coral shoes and saffron lace kimono. I was wearing my Gaimo espadrilles. Made in Spain, they are not shoes I could typically afford, but I found them on sale at Marshall’s for about $26. The young ladies gushed about my footwear while I drank the chilled coconut water that they brought to me.

Then I enjoyed a facial with some sort of “skin brightening” treatment that is meant to begin the herculean task of minimizing the sun damage from all those teenage years of slathering baby oil on my skin, setting a lounge chair in a kiddie pool filled with reflective water, and sizzling while listening to Madonna and Wham! on my Sony walkman. The room smelled like every perfect flower and herb, music was soft and soothing. I am new to the facial thing, I was given one as a gift in December, then decided to keep them up. At fifty-two years old, my skin is now paying the price of my misspent youth. I’d like to save it if possible.

I explained to the aesthetician that I was new to the facial thing because, well, you know how moms always put themselves last, aw-shucks.

The aw-shucks attitude was a facade, though. My hesitation to treat myself has deep, old roots, like a gnarled, ancient oak. 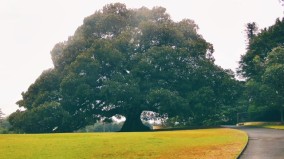 I was a poor kid. I shouldn’t have been, my dad was a CPA, which is a job with a good salary. But my mom was a drug addict and my dad wasn’t great at managing a household income in which the spending was spinning out of control. We kids did without a lot. I don’t just mean we didn’t get Disneyland trips, though those were as impossible to contemplate as a trip to the moon. No, I mean we did without enough clothes and dependable electric service. Daddy worked two jobs, laboring twelve or more hours a day, so our lawn was always overgrown; when I walked home from school with friends, I stopped at the corner of my street and waited for them to get far enough down the block that they wouldn’t see which house I entered. I was deeply ashamed of its unkempt appearance. Sometimes our house was filthy and had bugs crawling all over.

When I was in fifth grade and was chosen to dance in the “June is Bustin’ Out All Over” number for our spring concert, we were asked to wear a solid color pastel tee shirt. I didn’t own one. We couldn’t buy one. A simple top that would have cost no more than $5, quite possibly less at the local TG&Y was out of our reach. The morning of the concert, our music teacher, Mrs. Bell, asked us to show the shirts we were wearing with our skirts made of green paper leaves, and I had to confess, “Mrs. Bell, I don’t have one. My dad doesn’t have the money to buy it.” Do you know how humiliating that is for a child? She was as gentle as a teacher can be when she is thrown a curveball on the day of the big show and arranged for me to borrow from a classmate. Daddy drove me to their house when he got home from work and I had a lilac tee shirt to wear for the concert.

So my espadrilles from Spain mean something to me.

Now I live in an affluent master-planned community. It’s one of the first that was developed in the country, actually. My aunt and uncle moved into this community when it first opened in the late 1970s, and when I visited them for an Independence Day family gathering, I fell in love with the neighborhood’s trees, bike paths, and park fireworks. To be honest, I fell in love with what upper-middle-class cleanliness and architecture looked like; I wanted to move here when I grew up. I finally got my wish when we bought a house in 2017. 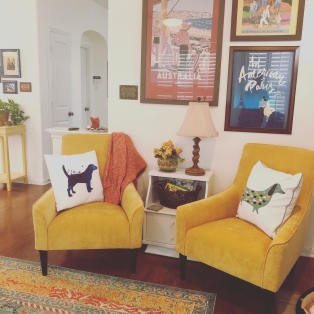 I don’t reside in the most affluent part of the neighborhood, our community has homes that range in the millions, owned by oil executives and professional basketball players. I live in a modest (by community standards) 2500 square foot home. It’s fifteen years old and we haven’t updated any appliances or floors. I don’t care. It’s bright and clean, my tiny well-manicured yard is lush and green, and there are flower beds and a screened-in sun porch. We’ll get around to changing out the carpet at some point, but it’s not a priority. I don’t drive a Jaguar, I drive a late model Ford Escape.

But here’s the thing: when I walk into a restaurant in this utterly white-bread upper-middle-class town, I look like I belong.

You know what that makes me? Grateful. Grateful beyond what can be described.

After years and years of deprivation, then joining forces with my husband to do the work to get financially stable, I am, quite simply, grateful.

Recently, I encountered a man on our neighborhood’s Facebook group, he was going on about how people who live where we do should not have to deal with rude salespeople in the mall. I questioned him: “The right to common courtesy isn’t limited to people living in ——–. Maybe I am misreading your intent.” No, it turns out I wasn’t. He doubled down, speaking of entitlement and property values and expecting a certain level of service because we all pay a premium to live here. This attitude of superiority and exclusivity rears its ugly head pretty often where I live, to be honest. Sometimes I just want to say, “Neighbors! Friends! Notice our parks and the crews who work so diligently to keep our little hamlet looking pretty! Look beyond your tax rate and resale values to see the people who do the work! And know that it’s all, every bit of it, temporal.”

I was deeply bothered. Perhaps it’s because I came from little, perhaps it’s just my nature, but I can’t respond to the gift of living in this place with anything other than gratitude and joy. Accumulating possessions and running a race to beat others doesn’t resonate with my soul.

Gratitude is, I believe, a spiritual practice. To notice one’s surroundings and be thankful is to nurture one’s own soul; it enables us to walk in a way that opens us to the gifts the Divine One bestows. When we are grateful for shelter, food, transportation, and even amenities, we are ready to receive all the abundance the Universe has to give. More importantly, though, we are able to hold loosely and share graciously. Our priorities shift and we become equipped for seasons of less.

Sometimes I think the residents of my town don’t really know what it is like to be that poor kid who just wants to have a lilac-colored tee shirt to take for the school concert. That’s going to have to be their journey, though. Mine is to just walk an authentically grateful path, to recognize the gifts I have been given, and to share what I can along the way.

What are you grateful for?